All mammals and most likely all other animals have two parasites. They are in a particular relationship and supplement each other. Those two parasites or endobionts are called Mucor racemosus Fresen and Aspergillus niger van Tiegham.

The endobiont is always present, and cannot be removed from the living cell; the clinical symptoms of a disease depend on the stage of its development. This ‘fungal parasite’ can be present in all tissues and organs.

Today’s mainstream medicine is governed by consent of opinions, rather than hard scientific evidence. This is the reason why false and fraudulent teachings can survive, even though the truth has been known for a long time. There are basically three dogmas that are still adhered to:

The first, and probably most disastrous error, originates from Ferdinand Cohn, who in 1870 proclaimed that all microbes and bacteria have only one form (i.e. monomorphism). This view was also held by Louis Pasteur. This teaching was opposed to the teaching of Antoine Bechamp who, roughly at the same time, demonstrated that microbes can alter their form and appear as different germs (i.e. pleomorphism). Enderlein and many other researchers after him have confirmed this.

All microbes that permanently live in our organism go through the same stages of development. According to Enderlein, these stages are:

Royal Rife showed that with increased toxicity, the transformation goes into non-filterable forms that are not visible with ordinary light microscopes (i.e. viruses).

This also disproves Pasteur’s infection theory, as the ‘pathogenic bacteria’ do not have to come from outside, and in fact hardly ever do. The state of development depends on the medium the germ lives in:

In order to keep the right environment, every microbe produces an organic acid:

The pathogenity of a particular germ lies only in one phase of its development. Our ‘constant tenants’ are the only exemption where all but the very early stages are pathogenic. Only what Enderlein termed protit and chondrite are completely avirulent and play an important regulatory role in reducing higher virulent forms to primitive forms by copulating with them.

Those phases can easily be seen in living blood under the microscope, but only in ‘darkfield’ as the small primitive forms are invisible in ‘brightfield’.

Even Louis Pasteur said in the last minutes of his life: “Bernard is right; it is the soil and not the germ, that makes the plant grow.”

The second major error originates from William Harvey who stated in 1651 (!) that the cell is the smallest unit of life. This statement can easily be understood, considering the very limited magnification and resolution of the microscopes of his time. Enderlein demonstrated and published in 1921 and 1925 that the smallest unit of life is not the cell, but the protit, named microzyma by Bechamp and somatid by Gaston Naessens.

The third error came again from Pasteur when he claimed that the blood is sterile, a piece of nonsense still taught by modern bacteriologists. A look through a high power darkfield microscope quickly disproves this theory (provided that one wants to see). Pasteur had the talent of teaching the biggest nonsense and of making people believe it. It is now well known that he even falsified the results of his research when it did not show the results he wanted. He was also quite ready to plagiarize the results of others. The vaccination fraud is based on his manipulated ‘research’. Whole generations of researchers followed his example. Modern ‘scientific medicine’ became a collection of long disproven theories (e.g. blood clot and obstruction theory of coronary heart disease, germ theory and infection theory, single cell theory of cancer, etc…).

Microbes follow the same basic urges as other living beings:

1) The urge for survival shows in the urge to eat. Our ‘endobiont’ eats protein. Naturally it also has a typical metabolism which produces lactic acid (Mucor racemosus) and citric acid (Aspergillus niger) as mentioned before.

2) The urge for sexual multiplication can be seen in the strong attraction in all stages of development from the very first stages, even when they are within blood cells. This leads to the formation of ‘clots’ (called symplasts) which can block our blood vessels with the relevant consequences. Symplasts can be made out of colloids or symprotids, thrombocytes, erythrocytes, leukocytes or a mixture of all.

3) The urge for power is seen in the urge to combine with other cells to form a higher, more stable form. In this combination (systatogenesis), all stages of development can be involved, as this is not a sexual combination’ but it is strictly within the same kind. This combination stops all forms in further development. These formations are a major obstacle for the circulation. They can be impressively demonstrated by staining, and are often misdiagnosed as fungus structures.

All these structures can be easily observed in the living blood, and from the observed stages we can draw conclusions regarding the health of our patients.

We have to finally stop believing in long disproven theories, and stick to the basic principles of science: when reality shows results different from the theory, then the theory is wrong, not reality. Medicine has to change from a religion with popes and dogmas into a real science.

Enderlein found the following errors in the official teachings:

Royal R. Rife stated that there are only about ten different germs. All the various appearances that are classified in bacteriology are adaptations (through pleomorphic change) to the toxicity (or varying pH) of the medium they live in. He describes the pleomorphic development of E. coli as follows:

Rife could isolate BX from all cancerous tumors, and found the BY in sarcomas. The change from one form into another happens in about 36 hours. BX and BY pass readily through 000 ceramic filters and cannot be seen in an ordinary light microscope.

Antibiotics severely increase the toxicity of the host organism, especially when highly toxic halogenated antibiotics are used. The ‘disappearance’ of a particular germ from the culture does not mean that the germ is dead; it only became invisible due to its transformation into an invisible form. That means that the host organism is now in a cancerous state. 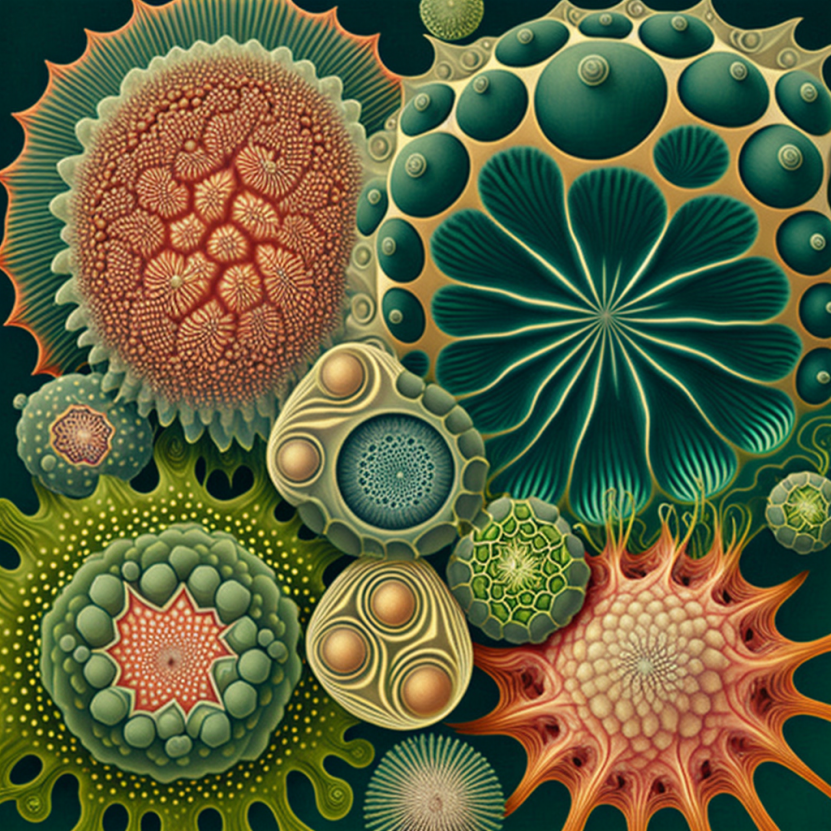