This piece came from a site named EuroAmericanHealth, a now-defunct web site that was operated by Dr Dennis Myers.

All the following quotes are from The Blood and its Third Element, unless indicated otherwise in the text. Antoine Béchamp (1816-1908) proved that:

“all natural organic matters (matters that once lived), absolutely protected from atmospheric germs, invariably and spontaneously alter and ferment, because they necessarily and inherently contain within themselves the agents of their spontaneous alteration, digestion, dissolution”.

These agents are, of course, the protits of Enderlein. Béchamp called them microzymas.

Béchamp was able to prove that all animal and plant cells contain these tiny particles which continue to live after the death of the organism and out of which microorganisms can develop. In his book Mycrozymas, Béchamp laid the foundation for the concept of pleomorphism.

Whenever there is anything in nature that is dying, beginning to decay, something comes and eats it up. In this case the protits do, as they change into the microbes that come out of the tissue cells to clean up any toxins or decaying stuff found in the body.

That is what microbes, or ‘germs’, are for. They are the result, not the cause of disease! Rene Dubious reflected this concept when he noted that Berioge in Bernard Shaw’s book The Doctor’s Dilemma, was not entirely wrong when he said…

“The characteristic microbe of a disease might be a symptom instead of a cause.”

As a blood smear slide ages over one to two days, organisms literally can be seen wiggling out of the red blood cells, as organisms that change into more degenerate and pathological forms as the process proceeds. When the rotting or putrefaction process is over, when there is nothing more for the newly formed viruses, bacteria and fungi to eat, they all break apart again, disappear, and turn back into the ‘little dots’ they came from, the protits/microzymas/somatids. They eat themselves and are reborn, the alchemical snake forever eating its tail (the Uroboros) or the Phoenix, a mythical bird of great beauty that was reborn from the ashes of its own funeral pyre.

“As the microzymas of the destroyed bacteria are also living, it follows that these microzymas are the living end of all cellular organization which in turn, turn into all living things, beings, organs everything They are the end and the beginning of all physical life. All cells, organs, all living forms are built from these ‘little bodies’.”

Ashes to ashes, as regards the inorganic parts, minerals and salts of a corpse – but the physical life part – not speaking of the Soul or anything like that – the protit, never dies. Immortality is a nature of Life and the protit too, as Life itself never dies. The protit is the elementary particle of life, not the cell, which can die. The protit is life per se, it is in truth the simple vital unit of old, and is immortal.

“Rather, living organization, Life, is characterized by the property of producing and secreting enzymes, each according to the nature of its species; and the production of the chemical-physiological phenomena of transformations called fermentation, acid base, which are facts of nutrition, that is to say, of digestion followed by absorption, assimilation, disassimilation, and so forth, and finally the ability to reproduce itself if all conditions dependent upon nutrition are fulfilled.”

This is a natural part of life, nutrition, and therefore of the protit. They turn into the bacteria and other organisms, yeast etc., that ferment the sugar in wine or curdle milk or rot eggs (it isn’t the “germs from the air” of Louis Pasteur’s that do these things). The wastes or by products of these bacteria and other organisms are the alcohol, carbon dioxide, lactic acid, vinegar etc. that are produced in such processes. Again, these waste products of fermentation, which is followed by putrefaction, are what make us ill in disease, not the germs.

Pasteur achieved fame through work on fermentation. Challenged by local distillers’ complaints of setbacks in fermenting alcohol from beets, Pasteur pinpointed accidental contamination by stray fungi. Before this it was thought that the yeast arose by spontaneous generation. This is the idea that life just comes out of nowhere, that matter organizes itself, takes on or is imbued with the property of life itself. Pasteur gave up this idea in the 1860s and took its opposite point of view, that of the germs coming from the air, from outside one’s self.

“…as I have demonstrated, it is only through the action of germs of the air, whose existence…was denied, that this alteration (of organic matters) occurred which had the appearance of being spontaneous. [Monsieur] Pasteur, having repeated my experiments, was so convinced that germs really do exist in the air and that he had been mistaken, thenceforward declared that the sole origin of ferments, vibrios (germs) and the organisms that come out of putrefying organic matters, was these germs he had previously disregarded. The excessive role ascribed to the germs of the air by [Pasteur] and his pretended demonstration of the imputrescibility (can’t become rotten) of organic matters in general when protected from the germs of the air have diverted science down a deplorable road.” (Antoine Béchamp, The Blood, p. 286)

“with this work of Béchamp pleomorphism had been discovered and the foundation was laid from which additional research would have developed, it Pasteur had not interrupted this important work. Pasteur claimed that all microbes, regardless of their type and species, are unchangeable (monomorphism); that each type would produce only one specific disease; that bacteria and fungi would never arise from spontaneous generation; and that blood and tissues are sterile in healthy conditions. Diseases, he said, have their origin from bacteria that attack the body from the outside, and stem from preexisting bacteria.”

In addition to and in spite of the fact that Pasteur ignored and in fact plagiarized much of Béchamp’s work on fermentation, the following facts have been known for some time.

Chalk, limestone, is composed of the protits of the bacteria which living beings of the geological epochs had become and these materials will start sugar water fermenting. The mummies in Egypt are composed only of left over Protits which do the same, start fermentation. Put these back in water, the mummies or the chalk, and their “little dots” start rolling, moving once again. They just start eating again, fermenting their environment depending on acid base, after thousands or millions years. Life never stops.

From Viennese Medical Week, no. 34;

“After slow thawing, protits isolated from a mammoth frozen more than 50,000 years ago were shown to spontaneously show life again and begin fermentation in sugar solutions.”

“the Russian researcher Ginsberg-Karagitschewa provided proof in 1926 that protits isolated from petroleum showed complete viability and started the fermentation of sugar. A German by the name of Shwartz confirmed this also for German petroleum.”

Both private instructor E. Santo and H. P. Rusch were able to find the same results, namely the isolation of living protits from German hard coal. The researches of Santo and Rusch also showed that the protit could not be harmed by sulfuric acid, or by temperatures of 1300°C in a ceramics oven. (This is reminiscient of Philippa Uwins’ work – adm)

In addition, Wilhelm Friez also states that the above researchers and Enderlein, on suitable nourishing media, were able to grow viable bacteria from the protits isolated from the coal and oil. Streptococci, coliform bacteria and Proteus species were all isolated from these substances.

The form of the bacteria isolated by doing the above, “on suitable nourishing media”, depends on the growth media that the protits are grown on. How acid that growth media is, what it is made of, how much oxygen, the rH-oxidation/reduction factor; lots of things effect this. It is the same in the living body, the internal milieu, the environment the protits grow in, determines what form the protits take, i.e. whether they are good guys or not so good. The ‘good guys’ turn into the cells that regenerate the body – organ specific protits or somatids.

“What happens after the death of a cell? The above prove that the littlest form of the Lebendssubstanz, or Life substance, is not destructible. Robert Mayer proved the law of the maintenance of energy so that no energy can disappear without a trace. What happens to the power source that made the cell as an expression of or only as the carrier of the living substance? Because the living substance is distinguished fundamentally by the inanimate matter, one cannot let it theoretically pass over also into inanimate matter without an essential characteristic loss.”

This is the Law of the Conservation of Energy. Life energy too does not just come from nothing with birth and then disappear into nothing with death. It too is conserved.

These protits are what come form the air and get in sugar water, wine or whatever, and do what they are supposed to do; eat. Protits are everywhere – in the air, the ground, in all living things, plants, animals… In wine, they turn into the yeast cells that do what they have to do – eat it, and ferment it. As per Antoine Béchamp,

“All cells, organs, all living forms are built from these ‘little bodies’.”

The way we were taught, of course, was that it was the cell that did that, that the cell was the smallest living thing out of which all larger living things were made. Where did the cell come from, the sperm, the egg?

“The essential biological characteristics of the microzymas (protits) is that they are creators of cellules (cells) by synthesis and of vibrioniens (viruses, bacteria, fungi) by pleomorphism and evolution.”

So the protits turn into everything – every living being, every organ, and every disease-producing organism, which turn those very beings and organs back into the protits they came from. 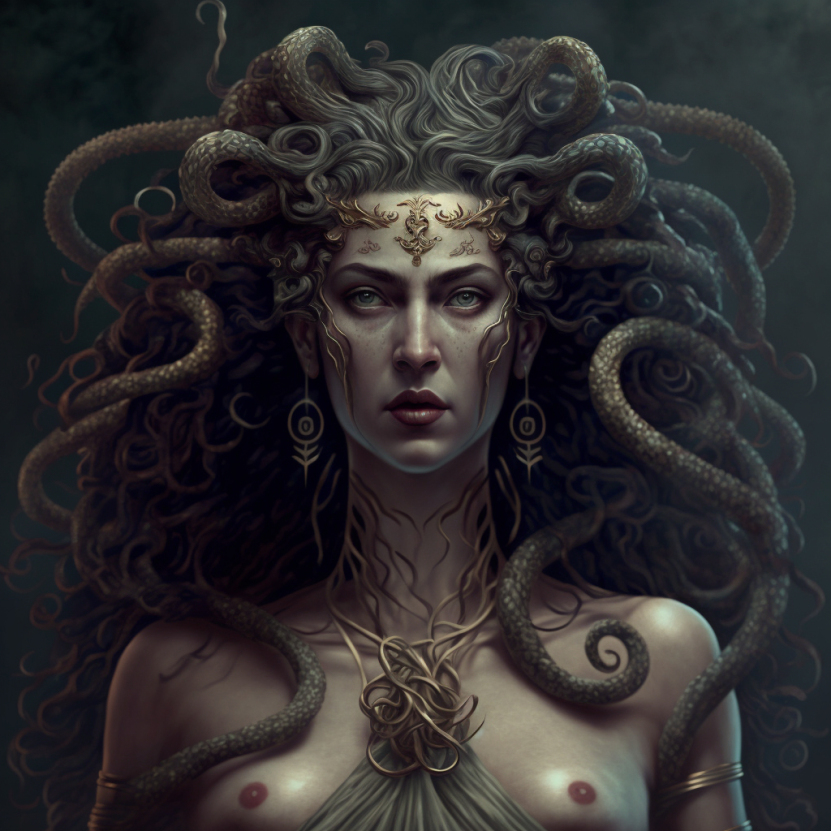